Blizzard Man (or Blizzardman) is a Robot Master first appearing in Mega Man 6. Like the other Robot Masters from the game, he was built by an unspecified creator for the First Annual Robot Tournament before being stolen and reprogrammed by Dr. Wily in his Mr. X persona.

Blizzard Man's design is based on a skier, with skis under his feet and a bobble cap on his head. His Blizzard Attack allows him to summon icy projectiles, and he is also able to roll around as a snowball to attack.

In Mega Man 6, Blizzard Man is one of the main eight Robot Masters that must be fought to reach Mr. X's fortress, appearing as the first option on the stage select screen. His stage is the Frozen Island, an icy environment that includes a ship on an underground lake, and his title given in his boss intro is "Master of Snow".

In battle, Blizzard Man has two main attacks: he can turn himself into an invincible ball and ram the wall after a short time, bouncing off it; or he can summon four icy snowflakes in one of various patterns while "skiing" in place, which fly directly towards Mega Man after a delay. Although he cannot walk or jump, he will occasionally slide forward a short distance to reposition himself close to Mega Man, which can make his attacks more difficult to dodge.

Blizzard Man is weak to the Flame Blast, which deals 4 damage per pellet. Defeating him grants Mega Man the Blizzard Attack, which likewise lets him summon snowflake projectiles, though they always appear in the same pattern and do not target enemies when used by him.

Blizzard Man has a NetNavi equivalent in BlizzardMan.EXE, a very similar but rounder interpretation of his concept. He first appears as a boss in Mega Man Battle Network 5 and has no Operator.

Like the other Robot Masters in Mega Man 6, various data about Blizzard Man is shown on the screen after selecting his stage. Although no units are provided for any of the numbers, the numerical range used for the robots' height and weight suggests that they are given in centimeters and kilograms, respectively.

Blizzard Man's CD in Mega Man & Bass is located in Cold Man's stage, another ice-themed Robot Master. It is found at the very start of the stage, encased in an ice block that requires the Wave Burner to melt.

Blizzard Man appears under "Mega Man 6" in the Database in Mega Man Legacy Collection and is the first Robot Master listed for the game. Like other Robot Masters, he can be fought by pressing a designated button while viewing his data.

Cold Man is one of many Robot Masters with an ice theme. Others include: 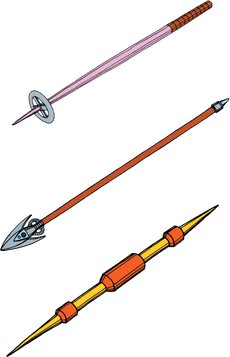